Liposuction at AWCI is tailored to each patient

Liposuction is not a cure for obesity or cellulite nor is it a substitute for weight reduction. The aim of liposuction is to aid in the removal of unwanted fatty deposits that reside in many areas of the body. This procedure is not designed to replace exercise or a healthy diet.

This surgical procedure is aimed at decreasing the bulk fat in a specific area of the body, however not all the fat is removed because fat is an important tissue that helps maintain skin firmness and shape.

Permanently removing exercise-resistant fat deposits will improve body shape. A tube and vacuum device is used in this surgical procedure and can be performed on most areas of the body.

The vast advances in the field of liposuction now offer a patient more precise results with less downtime due to less invasive surgery. 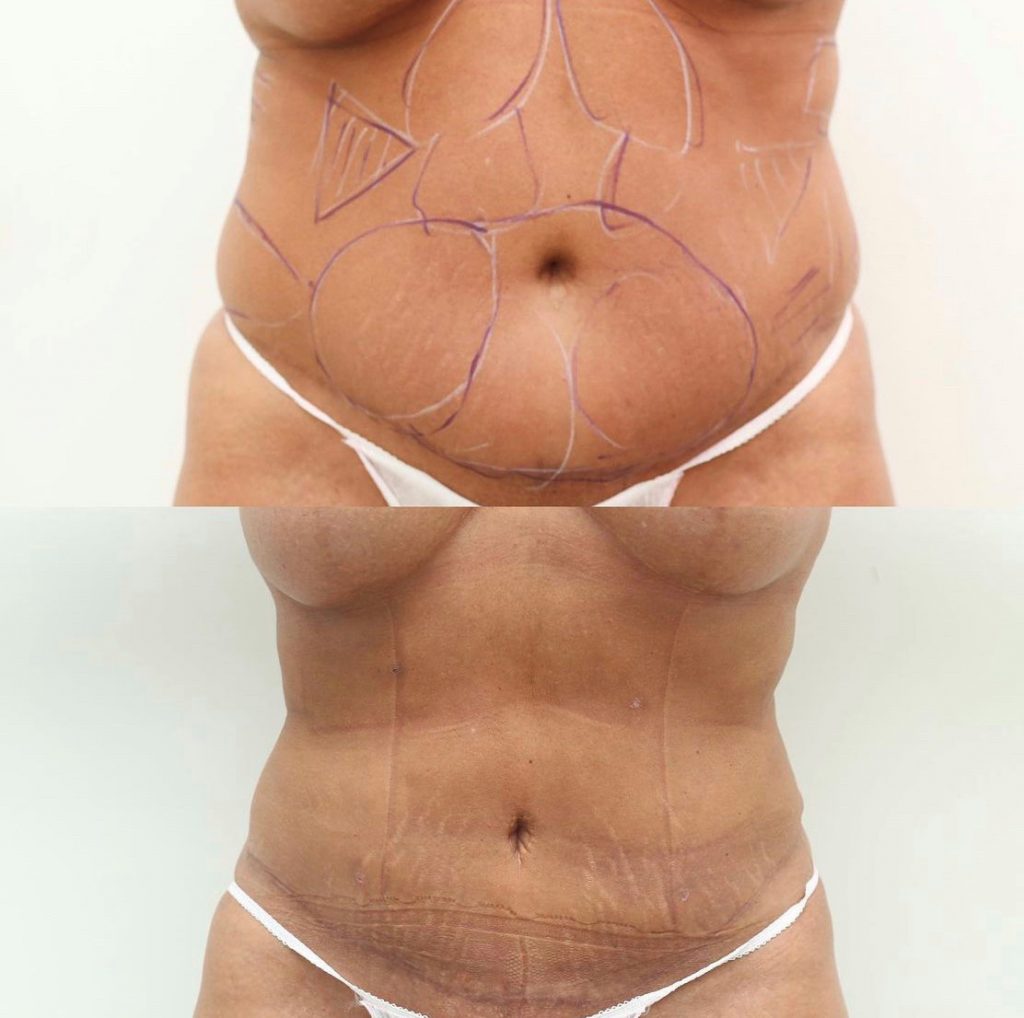 Dr Araghi tailors the liposuction procedure to meet each of his patient’s needs and goals.

It is very important to understand that a ‘new body’ does not guarantee a new life or the end to personal problems the patient may be experiencing.  Emotional stability is an important factor Dr Araghi will take into account during your consultation.

This procedure can be performed as a ‘one off’ or in conjunction with other cosmetic surgery procedures such as a mini face lift.

Depending on the extent of the liposuction, either local or general anaesthesia may be advised. A cannula, attached to a high powered suction pump is inserted through a small incision. Dr Araghi breaks up the fatty layer by moving the cannula in a specific pattern. These fatty deposits are then vacuumed out.

The overlaying skin remains attached to the connective tissue and underlying muscles of the skin during the surgery. To prevent bumpy skin or a rippling effect occuring, a thin layer of fat is left under the skin.

To encourage the skin to contract to its new shape and to decrease bruising, a pressure garment is normally worn for approximately 6 weeks post-op and returning to normal activities really depends on the patient and the extent of the liposuction procedure. Most people resume normal activities within a few weeks, however some patients have been known to return to work after one week.

Approximately 2 to 4 hours is normally required. Depending on the varying circumstances, more time may be necessary.

More strenuous activity in 2 to 4 weeks

Recovery from swelling and bruising in 1 to 5 months, maybe more.

Everything you need to know

Am I a good candidate for Liposuction?
What anaesthetic is used?

Tumescent anaesthetic technique is used for liposuction. This is a large volume of very dilute solution of local anaesthesia (lidocaine and epinephrine) is infiltrated (injected) into the fat beneath the skin, causing the targeted area to become tumescent, in other words, swollen and firm.

What is the cost?

Every patient is different and as such fees vary according to each patient’s procedure. Dr Araghi will discuss the exact cost during your initial consultation.

Bruising should subside within 3 weeks and swelling within 6 to 8 weeks. Slight grooving under the skin may occur as well as skin looseness. (The skin usually contracts over time). Complications such as infection or prominent scars is unusual.

Every effort is taken to keep scars inconspicuous, however scars are a result of any surgery. Liposuction scars are usually about 1cm and are therefore not significant after the procedure.

We are the Sunshine Coast’s leading experts in all areas of functional & integrative wellness and cosmetics.